Input templates allow users to update their particular details and save them to a cube. Data such as sales figures, expenses, head count, and budgets (among many others!) can be added to an input template.

The ability to writeback depends on the privileges your CALUMO administrator has set-up for you. Typically, data cannot be written into a field unless it is leaflevel (the lowest level of the member hierarchy). However, administrators can configure cube writeback for entering data at non-leaf levels – although this is atypical of the usual writeback setup. 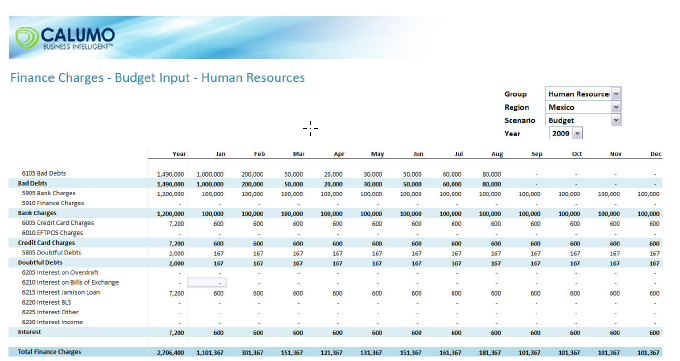 Writeback ability is on two levels: one is at the “permissions level” that are set by the CALUMO Administrator, and the other is at the design level of the cube. For example, where writebacks can occur, ie, at the leaf level or higher.

You can limit an update to only the active cell by pressing F2 + Enter on your keyboard.